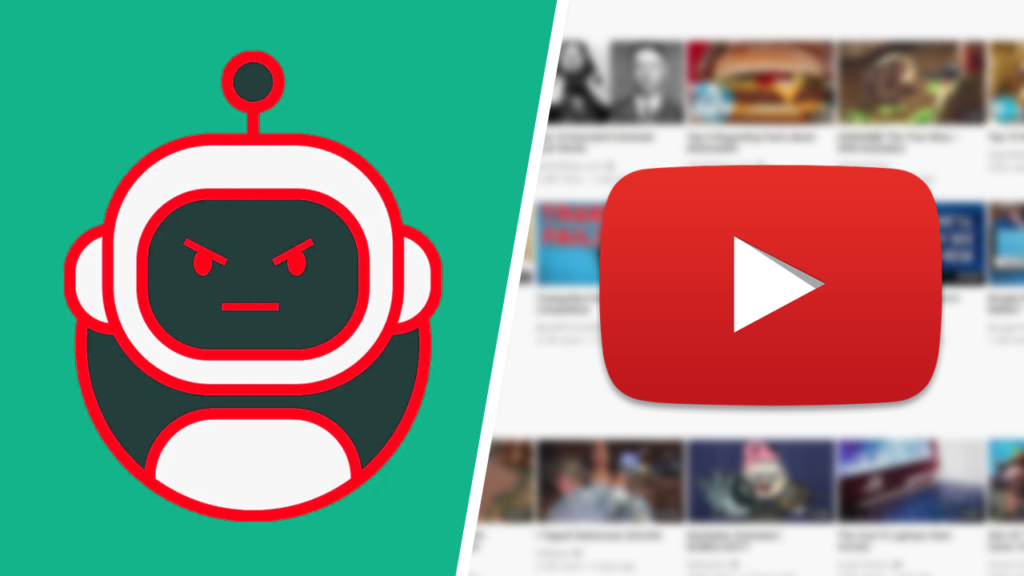 It's no secret that bot accounts do exist on YouTube. It is also no secret that YouTube takes botting very seriously, and deals with spam quite quickly. Sometimes, however, bots slip through the cracks. Eventually, all bot accounts end up getting banned by YouTube- some just take longer to detect.

What are bots on YouTube? Are bots YouTube accounts or are they software? Well, bots are individual YouTube accounts that are made to look real but aren't real. Many people mix up bots with software. Meaning, many people believe that the software used to operate bot accounts is a bot, but this is not correct.

Now that you know what bots are on YouTube, you might be wondering- what do bots do on YouTube? What's the point of creating a large number of bot accounts just for them to sit there and do nothing? After all, it's important to note that creating and operating these accounts does cost money.

Bots do a lot of different things on YouTube. Typically, bots are used to perform a specific action at scale. The action most bots are used for is commenting. Sometimes bots are used to like or dislike videos, but this tends to be a more expensive operation for the owner of the bot accounts.

In the past, bots were used to mass-comment website links. Over the years, however, YouTube has gotten better at detecting comment spam from bot accounts, so you don't see as much of this anymore. You do, however, still see mass-commenting done by bot accounts. Usually, this is done to get users to visit a channel page or to watch a particular video.

A bot account will usually be brought to the attention of YouTube for a few different reasons. These reasons consist of:

Let's dive deeper into each of these items.

I'm going to assume that you've probably gone through the process of creating a YouTube account before. As you will know, the process can be a bit time-consuming. Imagine going through the account creation process for hundreds, if not thousands of accounts. This would take a very long time to do.

To save time, bot owners usually use software to create accounts. The software will usually automate the account creation process at scale, making it so the bot owner can be completely hands-off. A big issue with this, however, is that automated actions that get repeated often are easy to spot.

When accounts are created using automation software, they are usually flagged and monitored by YouTube. Over time, YouTube will monitor the account to determine if it was created to be used to spam activities, or if their system raised a red-flag when it shouldn't have done so.

On some occasions, YouTube needs to take drastic action to stop the activities of certain individuals. Depending on the issue at hand, YouTube will sometimes flag an IP address, making it so accounts created or used from the IP address are automatically flagged and/or banned.

Many bot account creators make the mistake of using the same IP address to create bot accounts. As I just mentioned, this almost always ends up leading to failure, as the IP address that the accounts are being created from has already been flagged. Along with this, many proxies have also been flagged, making it difficult for bot owners to change their IP address.

The way an account behaves is often the biggest indicator of whether an account is a spam account or not. As a platform, YouTube does not take too kindly to spam activities such as mass-commenting. Since this is the case, YouTube has a good system in place that can be used to spot bad behavior from accounts.

As time has gone on, YouTube has continued to increase its security measures when it comes to spam. Since this is the case, botting has become more difficult. There are still bot accounts that exist, but they are getting deleted daily at an increased rate. Sooner or later, all of the automated comments and engagements will disappear from the platform.