Difference Between Views and Watch Time 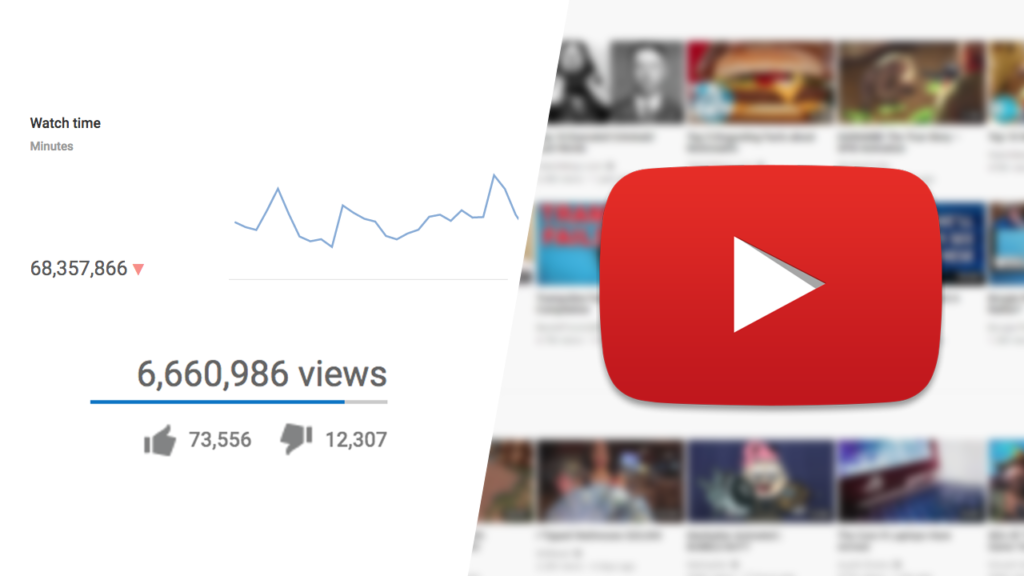 If you've done any research into YouTube marketing, chances are you've heard the terms views and watch time. What is the difference between views and watch time, and which of these is the most important for growing a YouTube channel? After all, you don't want to devote your attention to the wrong thing!

Becoming familiar with both views and watch time is important as a content creator. Knowing which metric holds more weight and how each metric works can help you make data-driven decisions to grow your channel. Striving just for views or just for watch time is never a good strategy, so learning how to increase both metrics is recommended. 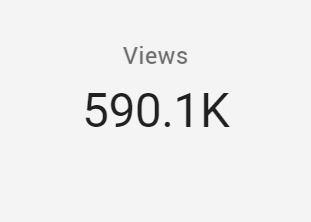 You might be wondering, what is considered a view on YouTube? After all, every platform has different requirements for a view to be counted. Facebook, for example, counts a view after a viewer watches a video for a minimum of 5 seconds. Is this the same with YouTube, or does YouTube work differently?

Many content creators used to use thumbnails and titles that did not reflect the subject matter of their videos. This was done to get more clicks, thus leading to more views. Many viewers would click on a video and exit it very quickly after realizing that the video wasn't what it seemed, but a view would still be counted. Nowadays, this isn't the case.

It's important as a content creator that you encourage viewers to watch at least the first 30 seconds of your videos. This task might seem like it would be easy to do, but you'd be surprised at how many viewers drop off before the 30-second mark of a video. Remember, if viewers don't make it to the 30-second mark, no view will be counted. 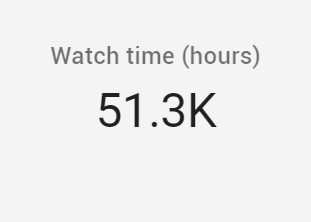 Watch time on YouTube is gained by getting views. Meaning, when a viewer watches your video, you gain watch time. However, you cannot gain any watch time if you do not get any views. This is why views and watch time are typically mentioned in the same conversations- they heavily impact each other.

Watch time on YouTube is usually measured in both minutes and hours. A watch time hour is 60 watch time minutes, and vice-versa. It doesn't matter what measurement you use, but watch hours are becoming more frequently referred to than watch time minutes due to YouTube's monetization requirements including 4,000 watch hours.

Views, watch time, and average view duration all works off of each other. Meaning, each of these 3 metrics affects the other. This is why as a creator, focusing on maximizing 1 particular metric isn't the best strategy. However, you might, for example, need to figure out how to improve your average view duration to get more watch time.

When Did Watch Time Become So Important

A lot of content creators ask me: "When did watch time become so important?" Believe it or not, watch time became important between 2012 and 2013. Back then, major changes happened at YouTube as Google got more involved in the operations of the platform. One of the biggest changes made during this time was the introduction of the watch time metric.

Before this major change, views and engagements were the most important metrics. Metrics such as watch time and average view duration were non-existent (publicly, at least). However, Google and YouTube recognized that for them to be able to monetize the platform effectively, they were going to have to make some adjustments.

At the end of the day, the longer users can be kept on-site, the more ads they can be shown. Ads being shown to users earn money for YouTube and Google, so you can probably see why watch time has become such an important metric. This change back from 2012 to 2013 worked, as YouTube now makes a significant amount of money through advertising.