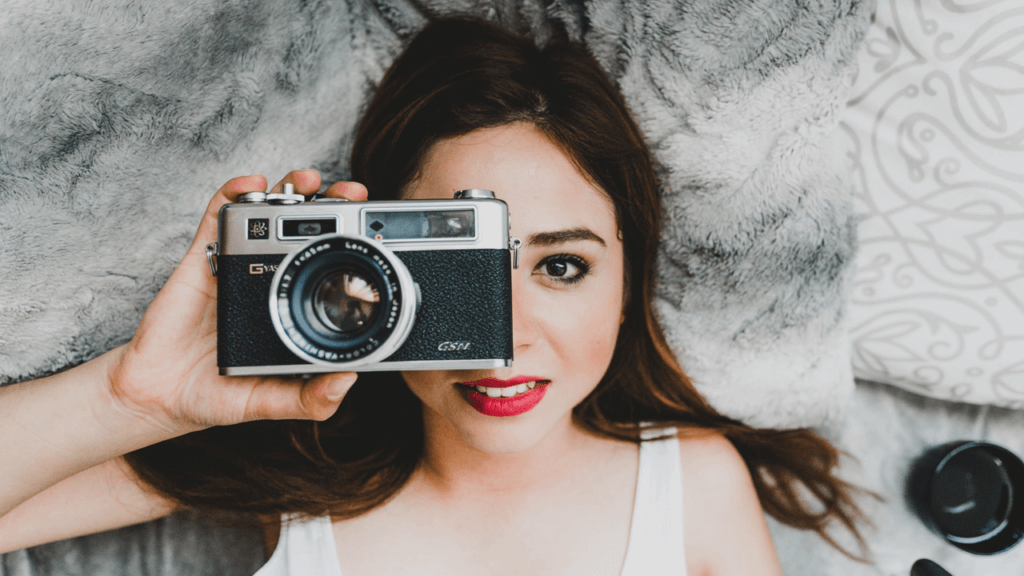 Let's face it- you need your videos to look good visually if you want to grow a YouTube channel. Viewers want to see clear, vibrant footage. The problem is, cameras are often quite expensive. Luckily enough, however, there are still some affordable options available on the market for purchasing. But what is the best budget camera for YouTube videos in 2021?

YouTube cameras in 2021 cost on average between $500.00 and $800.00. However, some cameras even cost upwards of $1000.00. Quality, brand, and features all affect how much a camera will cost. Certain types of cameras, such as compact digital cameras, will generally be less expensive than DSLR cameras.

Continue reading to find out which camera offers the best quality and features for the price, and can help you create high-quality videos in 2021. 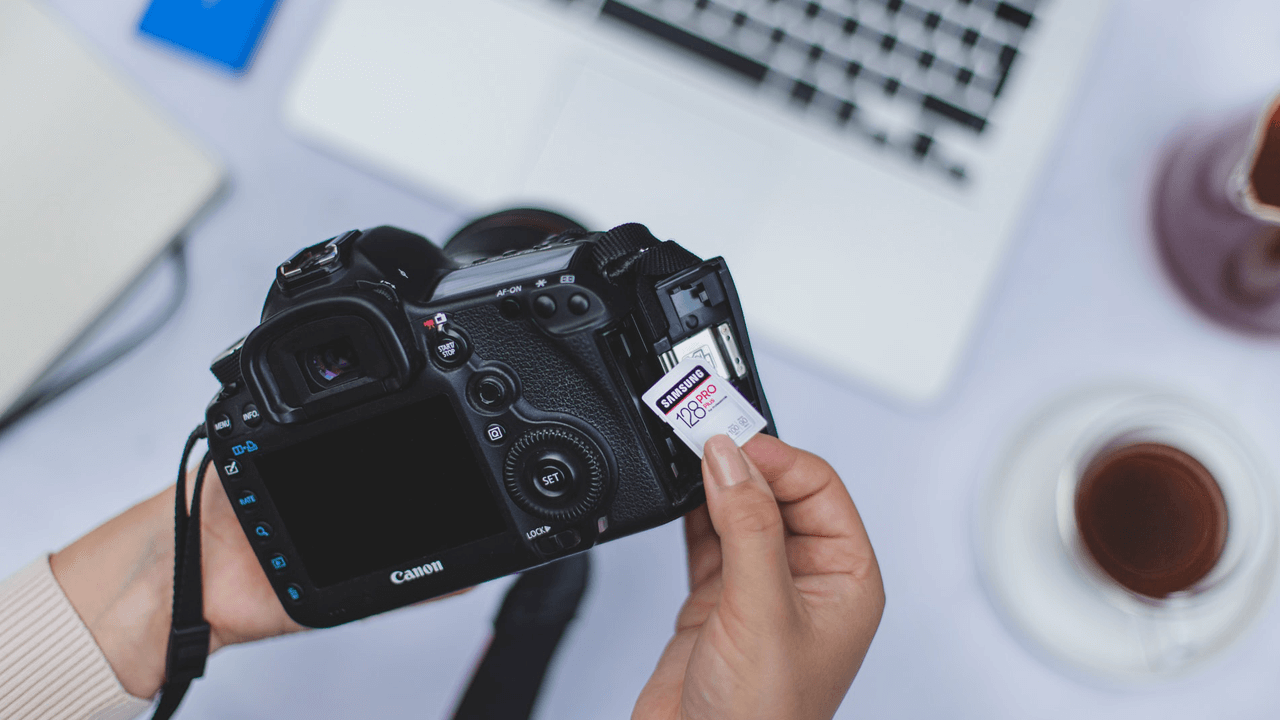 New cameras are released every year. Since this is the case, it's difficult to find a camera in a certain price range that stands out among others. With this said, however, there are a few cameras in particular that perform very well for the price. Our top budget camera was selected based on our testing, so our ratings might be different than other sources. 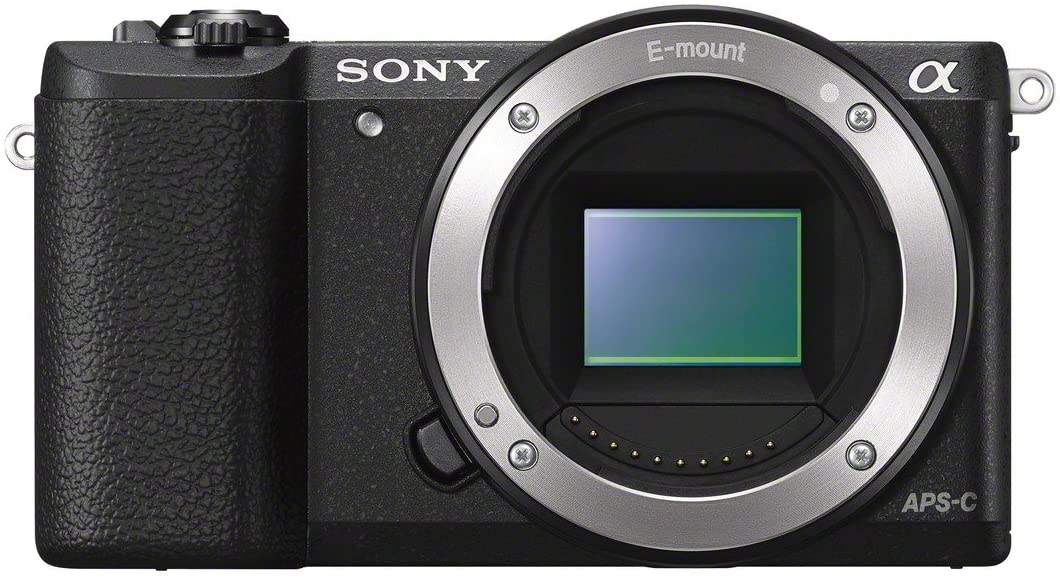 The Sony a5100 is a camera that has been used over the years by many content creators. It is similar to other camera models presented by Sony, but it has a few features (and a price tag) that help it to stand out as one of the best budget cameras available today. No matter what type of videos you create, the a5100 is an amazing option.

Currently, the Sony a5100 has a price of $449.99 on Amazon. However, the price can be as low as $299.99 when purchased as a pre-owned product. In comparison to most other similar cameras, this camera is very affordable for the quality of the product.

Sony has released many cameras over the years with a great set of features. The a5100 is no exception. Features of this camera include:

All of these features make this camera a fantastic option for any content creator looking to shoot high-quality video footage.

Since this camera can capture video footage in 1080p HD, the quality of the captured footage is fantastic- especially for the price. Along with this, with the different frame rate options, you can tailor your footage to the type of video you are creating. You'll have a difficult time finding a camera this affordable that can capture sure high-quality footage. 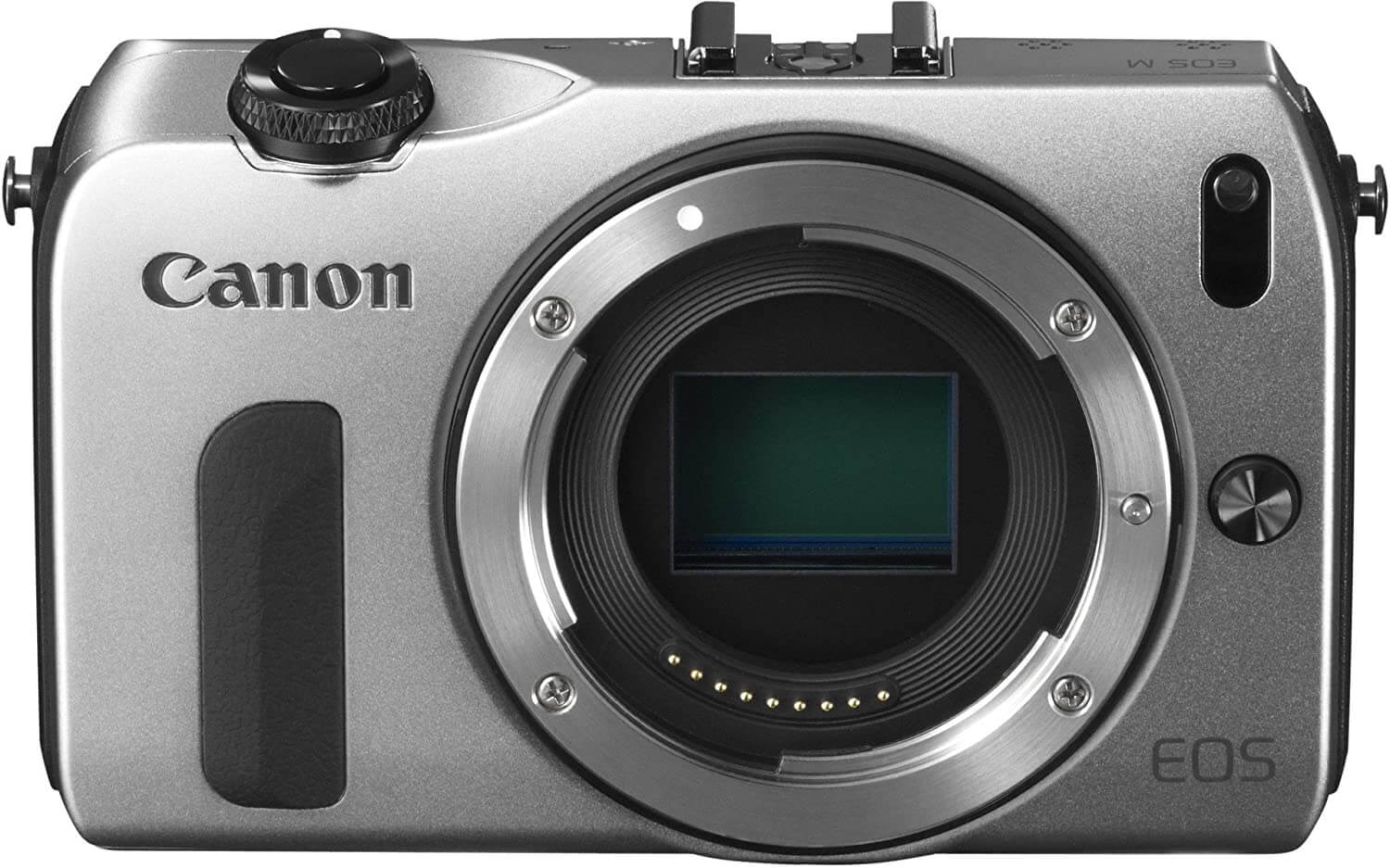 The Canon EOS M is a popular camera among content creators on YouTube. For many years, some of the top creators on the platform used this camera to capture video footage. Talk to any professional photographer or videographer and they'll speak very highly of this particular camera from Canon.

At this time, the Canon EOS M can be purchased for $178.99 on Amazon. It is important to mention, however, that this camera can sometimes be found for an even cheaper price of around $164.99 when purchased as a pre-owned product. For the quality of the product, these prices are an absolute bargain.

Any camera with such a low price tag can't have many features, right? Wrong. Canon's EOS M camera has plenty of features. Features of this camera include:

While the features of this camera aren't quite as good as other cameras, the video footage captured has amazing color, making it so the captured footage is vibrant and nice to look at.

As was just mentioned, the video footage captured on the EOS M is very nice to look at due to how vibrant it is. Also, since this camera can capture footage in 1080p HD, the quality of the footage is very good. The only downside is, since there is no flip screen, you won't be able to adjust your camera position while vlogging as easily, which can lead to lighting issues. 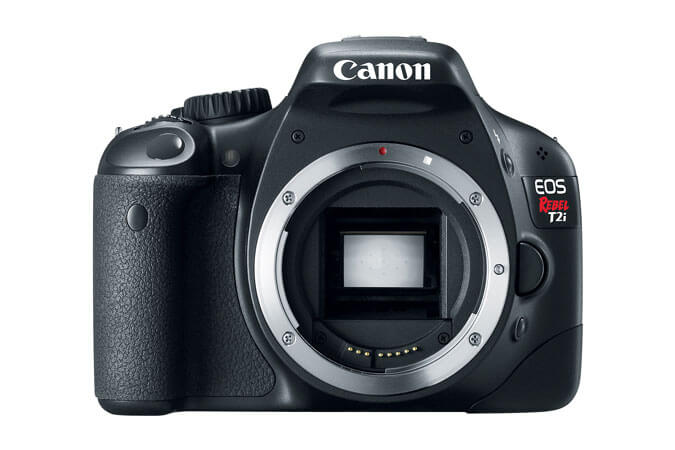 Most budget cameras tend to be compact digital cameras. However, the Canon T2i is a DSLR camera, which makes it stand out from the bunch. Being that this camera is a DSLR, it offers some features that many other cameras in its price range do not offer. Depending on your needs, a DSLR can be a better option than a compact digital camera.

Unlike many DSLR cameras, the T2i can be purchased for a very affordable price of $219.99. If purchased as a pre-owned product, the price can even get as low as $177.99. Just keep in mind that for DSLR cameras to shine, they need to be paired with a lens, which increases the cost.

Even though the Canon T2i can be purchased for such a low price, it doesn't lack any features. Features of this camera include:

These features make it possible to shoot high-quality video footage in a variety of different scenarios.

Overall, the video quality of the T2i is quite high. With this said, this camera does tend to struggle in low light situations. As long as the footage is shot in decent lighting, it looks great. Also, it's important to remember that DSLR cameras shine when paired with a lens, so pairing a lens with the T2i can improve video footage even further. 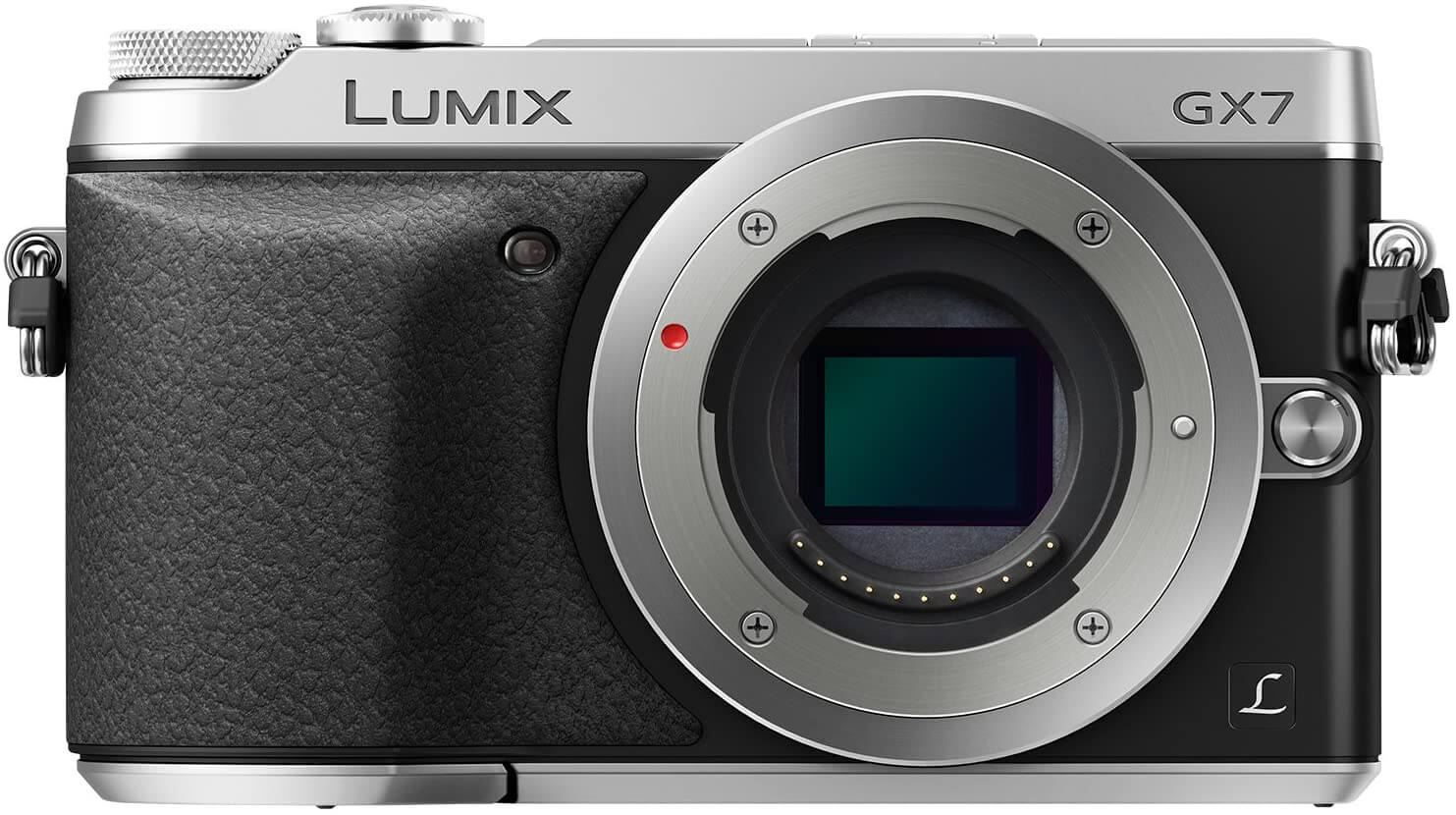 The Panasonic GX7 is a camera that has been around for quite a while now. Over the years, many YouTube content creators have used it to capture footage for their videos. While this camera was released years ago, it still holds up to this day. This camera is definitely in the upper-tier of budget YouTube cameras.

This camera is a bit more expensive than the others on this list. Currently, this camera can be purchased for $399.99 on Amazon, and for around $299.99 as a pre-owned product on websites such as eBay.

The GX7 from Panasonic offers a variety of features designed to make capturing high-quality video footage an easy experience. Such features of this camera consist of:

All of these features help the Panasonic GX7 produce some of the best quality video footage out of all the cameras on this list.

The footage that this camera can produce is stunning. Color is fantastic, and the footage looks smooth due to the ability to capture footage in 60 frames per second. If you view footage from a $600.00 camera next to the footage from the GX7, you'll be pleasantly surprised at how little of a difference there is. 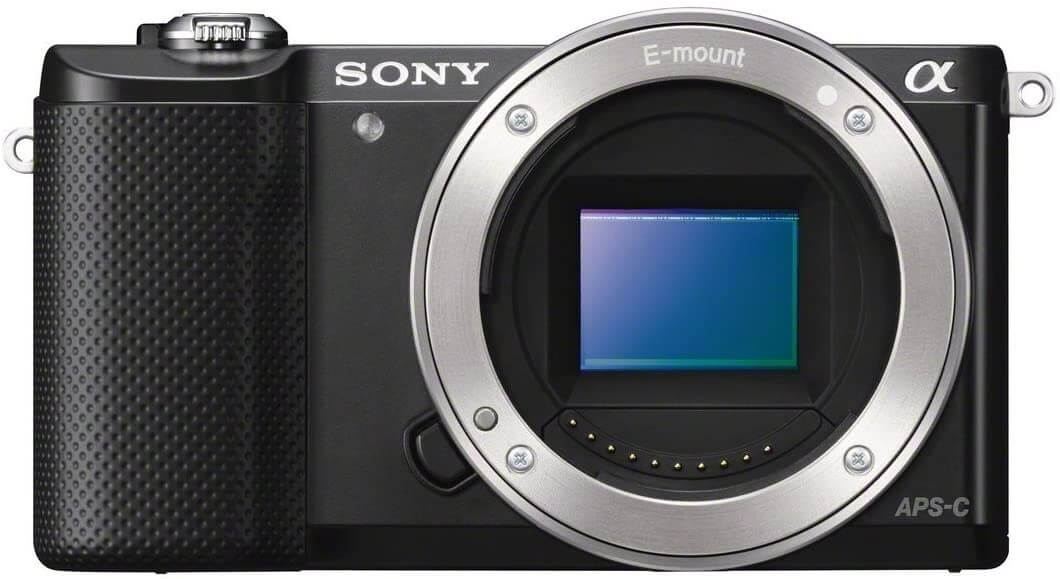 The Sony a5000 is the predecessor to the a5100. On account of this fact, the a5000 is quite similar to the a5100. However, it is important to acknowledge that there are some differences between the two, which is why this camera has been included on this list alongside its upgraded version.

Much like the a5100, the Sony a5000 comes equipped with a good set of features. Features of this camera include:

As with the other cameras mentioned on this list, the features this camera possesses help it capture good quality video footage simply and efficiently.

Don't let the low price fool you- the Sony a5000 captures very nice looking video footage. The footage is sharp and smooth due to the 1080p HD recording options. Whether you make vlogs or talking head videos, this camera will produce good video footage for you to use for your YouTube videos.

What Type of Camera Is Best for YouTube Videos 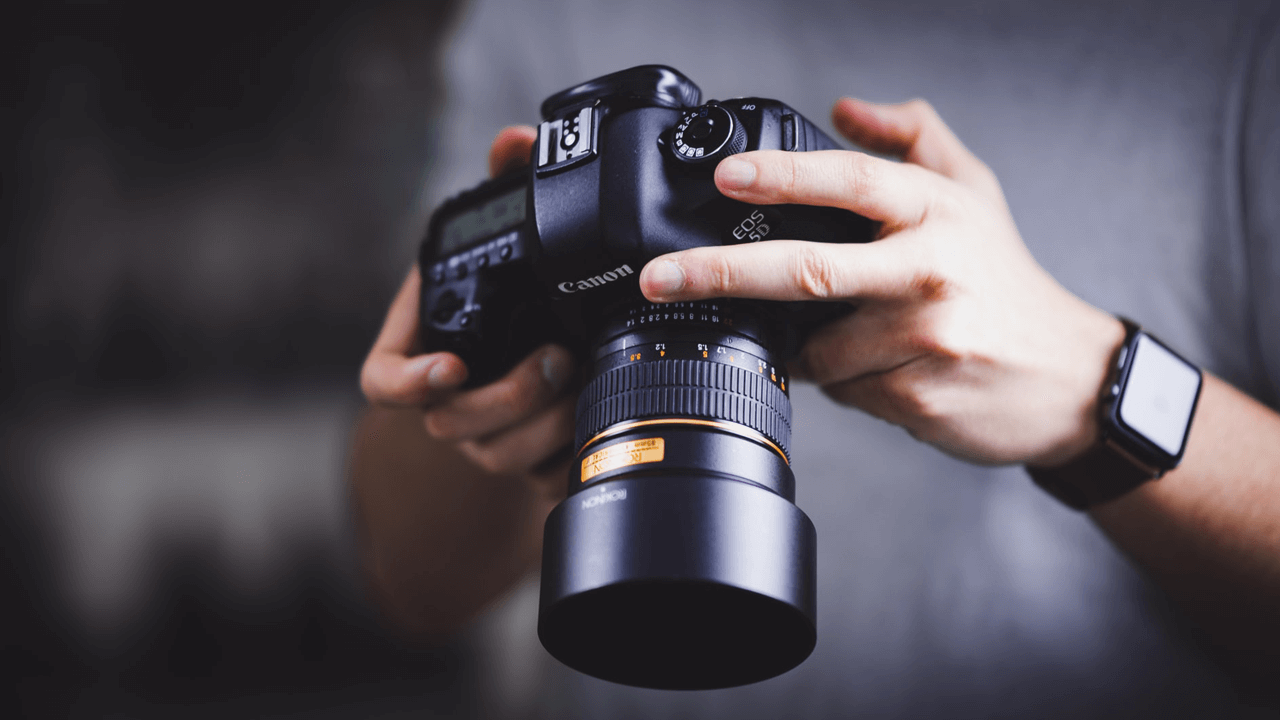 You might be wondering- what type of camera is best for YouTube videos? Should you use a DSLR or a compact digital camera? The answer to this question depends on what type of videos you make and what position you are in financially. Factors such as these play a large role in the selection of a camera.

DSLR cameras, for example, often make it possible to plug in a microphone directly into the camera to capture audio. Doing this can improve audio quality drastically- especially if the footage is being captured in a windy or loud environment. With this said, external microphones can be used to capture audio separately on both types of cameras.

Ultimately, the best type of camera to use depends on the needs and budgets of each creator. Cinematic and short film videos are often best shot on DSLR cameras, whereas traditional vlogs and talking head videos are often best shot on compact digital cameras. DSLR cameras, however, typically end up being more expensive than compact digital cameras.

The Sony a5100, Canon EOS M, Canon T2i, Panasonic GX7, and Sony a5000 are all great cameras for creating YouTube videos. However, 1 out of the 5 stands out as the optimal choice. Just keep in mind that any of the 5 mentioned cameras will help you create high-quality videos for your YouTube channel.

Our choice as the best budget YouTube camera in 2021 is the Sony a5100. Yes, this is one of the most expensive cameras on this list, however, the features available and the quality of the product justifies the cost. Sony's a5100 produces video footage that looks like it was shot by a camera with a price tag over $1000.00.

Of course, you should select the camera that fits into your price range. We just feel like the a5100 is the best budget option available for content creators looking to create the highest quality videos possible on a budget. Keep in mind that you will probably never need to upgrade to a new camera if you purchase the a5100, which can't be said for other cameras.

Having the ability to capture high-quality video footage is essential for any content creator looking to achieve success on YouTube. While cameras do cost money, they are a necessary expense. After doing some testing or research, you can find the best camera for YouTube videos in 2021 and begin creating amazing videos for your audience to watch.