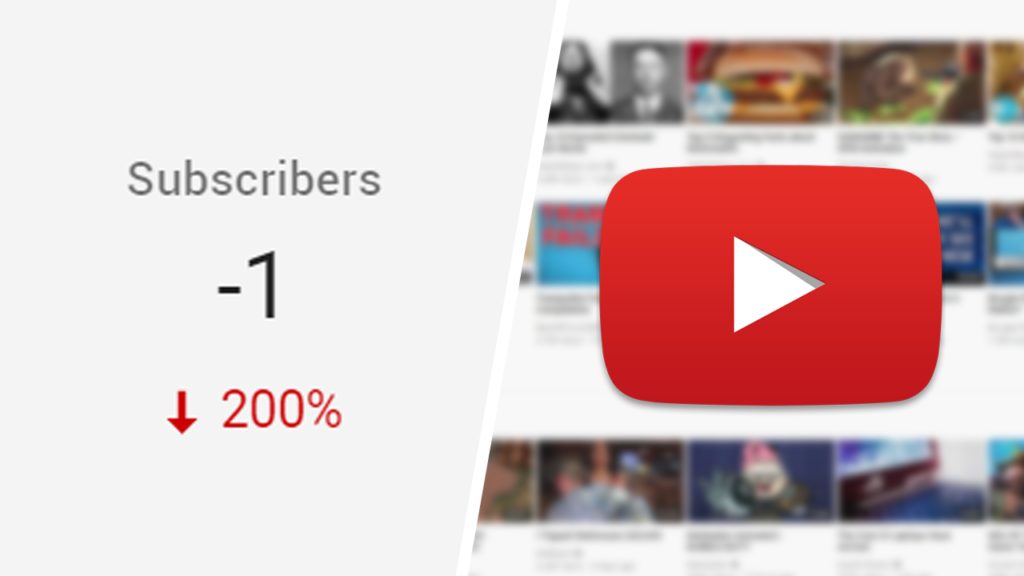 A question I'm often asked by YouTube content creators is: "Why is YouTube taking away my subscribers?" It's a good question to ask- it can be disheartening to see your subscriber count decrease. In most cases, subscribers are taken away for a specific reason- not at random. But why does this happen?

If YouTube is taking away your subscribers, chances are you had a few inactive accounts subscribed to your channel. YouTube deletes inactive accounts regularly, which often leads to a decrease in subscriber count for many content creators. Site-wide subscriber purges used to happen in the past, but this isn't as common now.

Gaining subscribers can be a difficult process. So, when you see subscribers getting taken away, it can be quite disheartening. It's important to remember that the subscribers being taken away are all inactive accounts. Meaning, none of these subscribers were active viewers of your videos, making them essentially worthless.

Does YouTube remove inactive subscribers? Yes, they do. However, you must know the right definition of "inactive" in this scenario. Inactive, in this scenario, means accounts that are either fake or have been unused for a long time. Subscribers that haven't watched your videos for a while aren't inactive- only accounts themselves can be inactive.

On many occasions, content creators have come to me and said: "I lost all my subscribers on YouTube- what should I do?" Whenever I'm told this, I always give the same response. The response I give is: "If you manipulated your subscriber count, don't do it again. Other than that, continue as you were."

If you have gained all of your subscribers naturally and they get taken away, this would mean that the accounts used to subscribe to you were inactive. In this instance, it's better for your subscribers to be taken away than kept, as inactive subscribers will not provide you with many benefits.

Overall, you must not let a decrease in subscriber count distract you from what's important. Too much stress is put on the number of subscribers a channel has. Subscribers are becoming more devalued over time, so getting stressed out and distracted over your subscriber count isn't worth it.

Every so often, YouTube purges old accounts from their platform. This can lead to a sudden drop in subscriber count for many channels. When this happens, how can a content creator recover? Is there anything that can be done to make subscriber purges less impactful? Or, is this just simply something creators have to deal with?

Ultimately, you have no control over who subscribes to your YouTube channel. If a large number of people subscribe to your channel and then turn into inactive accounts, they will be removed during a purge. Content creators should simply focus on what they can control and remember that there are always more subscribers to be gained.

So, if you ever have to deal with a large number of your subscribers being purged, just stay calm and continue to do what you've been doing. There is nothing you can do about subscribers getting removed from your channel in this instance- you just have to accept it and keep moving forward.

Building up a base of subscribers just to have them be taken away can be very disheartening. It's important to remember, however, that YouTube doesn't take away subscribers unless they have reason to. When you lose subscribers, be aware that in most cases, the subscribers you are losing are inactive and never watch your videos, making them essentially worthless.