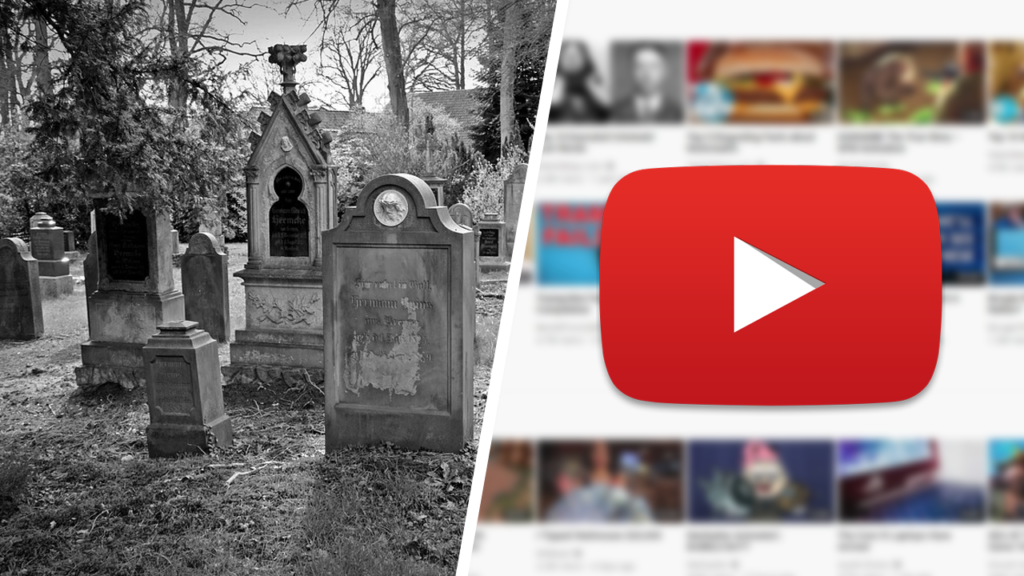 If your YouTube channel is dying, chances are there are some issues present. Common reasons why channels die are a lack of uploads, stagnated content, poor optimization, lack of consistency, and subscriber purgages. In most cases, multiple issues are present that cause a channel to die.

When a YouTube channel is dying, changes must be made to stop the decline. The longer a channel is caught in a "death spiral", the harder it will be for the channel to recover. If your channel is dying, you must diagnose the issues so you can take the steps needed to get back on track and see future audience growth.

Let's dive deeper into each of these issues so you can determine if your channel is suffering from them.

The quickest way to kill a YouTube channel is to stop uploading videos to it. In many cases, the culprit for the decline of a channel is a lack of uploads. A channel cannot sit dormant for months on end without any new uploads. If videos don't get uploaded to a channel, the channel will get fewer views and will slowly die.

Luckily enough for many content creators, this issue is very easy to fix. To fix this issue, all a content creator needs to do is do the opposite of what they've been doing- upload more videos. A YouTube channel won't recover instantly if it has sat dormant for months, but eventually, the new videos will help the channel recover.

Nothing stays the same forever. On YouTube, there is an abundance of content available for consumption. Due to this, viewers move on from channels that post videos they are not interested in. Many times, channels begin to die when their content becomes stagnated and unappealing to their existing audience.

Fixing the issue of stagnated content can be a difficult process. For example, a family vlogging channel might have a difficult time switching-up their videos, as the entire basis for their channel is to show the daily life of the family. However, experimenting with different types of videos is encouraged and is the best way to fix stagnated content.

Content creators tend to get lazy when they achieve success. One of the areas that if often neglected is the optimization of videos. This is an issue, as having good video search engine optimization (SEO) is incredibly important for getting views on YouTube videos- even for large channels.

Often, when a channel is dying, one of the problems is a lack of views. Fixing the problem of getting fewer views often comes down to properly optimizing videos. Every channel, big or small, should prioritize video SEO their videos can gain a steady stream of views each day to help fuel the growth and recovery of the channel.

YouTube is a long-term game. As time goes on, however, it can be difficult to remain consistent. A lack of consistency is a major contributing factor to the decline of a YouTube channel. If a YouTube channel is not consistent, whether it be in regards to uploading or other aspects of YouTube, it will struggle to grow.

YouTube changes rapidly. Interests change on the part of viewers, and creators must adapt to the changes if they wish to succeed. Content creators that fail to adapt to change often see their channel growth decrease significantly, leading to less audience growth and fewer subscribers gained. When channels die, often one of the causes is a failure to adapt.

Something important to recognize is that different niches and audiences will change at different speeds. For example, the woodworking niche might change at a slow rate, but the gaming niche might change rapidly. Depending on the niche in question, a content creator might need to make changes to their channel and videos quite frequently to succeed.

Sometimes, a YouTube channel can appear to be dying when it isn't dying. You see, YouTube purges (deletes) inactive accounts on a fairly regular basis. Due to this, many old channels see a drop in their subscriber count regularly, as the old accounts get unsubscribed from their channel. This can make it seem as if a channel is dying when it isn't.

What should the owner of a channel suffering subscriber purges do? Well, the owner of the channel should stop paying so much attention to their subscriber count. No matter how many subscribers are gained, a loss will always be shown. This is why it's important to diagnose the reasons for a channel's death- things might not be what they seem.

If you've ever asked yourself the question: "Why is my YouTube channel dying?" then you aren't alone. The owner of a dying YouTube channel must diagnose the issues causing a decline in growth. When issues are diagnosed early, changes can be made that can help the channel recover and see future success.