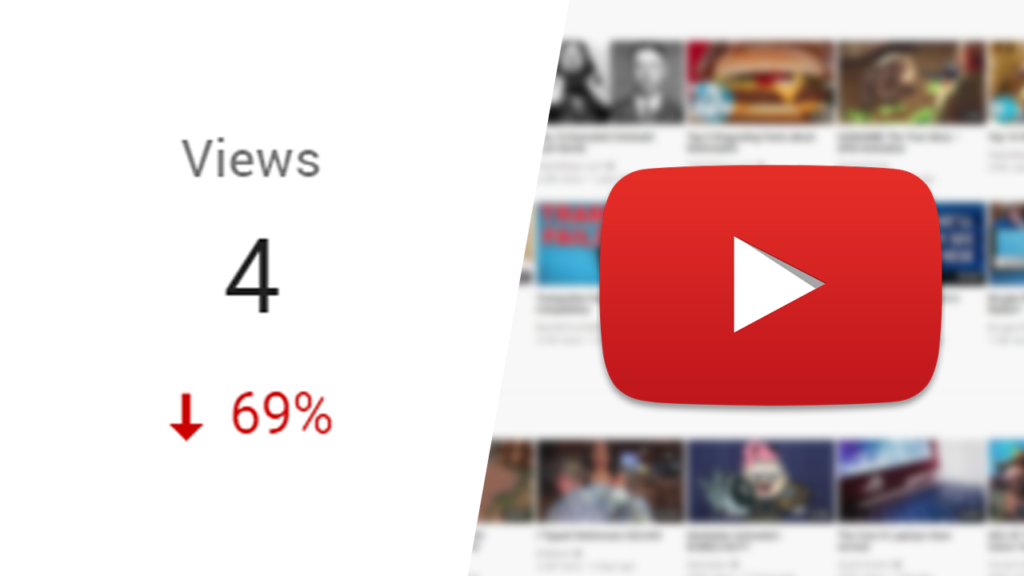 When I talk with YouTube content creators, one of the questions I often receive is: "Why did my YouTube video lose views?" If you didn't know, videos can lose views. It's quite a common occurrence. Having a video lose views can be a frustrating experience. Due to this, you must find out why videos lose views so it doesn't happen to your videos.

A YouTube video might lose views if the views are fake or invalid. Fake views often come from poor quality IP addresses that have been detected as being used for spam-related activities. Along with this, invalid views are typically views that come from the same user multiple times or views under 30 seconds in duration.

If your video has lost views, you must diagnose the issue that might have caused this to happen. After all, you don't want your future videos to lose views as well. Certain issues you will be able to fix, but others might be out of your control. The key, however, is diagnosing the issue that caused your video to lose views.

Why does YouTube remove views? Well, YouTube removes views when they are considered fake or invalid. Fake views often come from poor quality IP addresses that have been used for spam-related activities in the past. Invalid views are typically views that have come from the same user multiple times or views under 30 seconds in duration.

As a content creator, you should be glad whenever YouTube removes views from your videos. Fake and invalid views will present you with inaccurate data. When you do not have access to accurate data, making data-driven changes to your videos and channel becomes near impossible.

Losing views on YouTube is a frustrating experience. With this said, it is important to recognize that the experience can be avoided. Some steps can be taken to ensure that you do not lose views on your videos. You can't control everything, but there are adjustments that you can make that can lead to more legitimate views for your videos.

Before we go further, however, you must recognize that you cannot control what viewers will do. Meaning, you cannot control if the same viewer watches your video 5 times, causing your view count to become inflated. So, even if you take steps to help your videos gain more legitimate views, some fake or invalid views might slip through the cracks.

Here's what you can do to avoid losing YouTube views:

Many content creators have been led to believe that purchasing fake views can help them achieve success on YouTube. In reality, purchasing fake views harms a channel tremendously and makes achieving success more difficult. If you are an active purchaser of fake views, it would be beneficial for you to stop doing so.

In the context of this discussion, however, if you are losing YouTube views, it would be a good idea to not purchase any fake views. Fake views are removed in 99% of cases and end up being a waste of money. The sooner you stop purchasing fake video views, the sooner you will stop losing views.

Entice Users to Watch for More than 30 Seconds

It is also in your best interest not to mislead viewers with inaccurate video titles and thumbnails. When viewers click on a video, they expect to see what was promised in the title and thumbnail. If this doesn't happen, they will be likely to stop watching the video within the first few seconds of their viewing session, leading to views under 30 seconds.

If a YouTube Video Loses Views Will it Perform Poorly 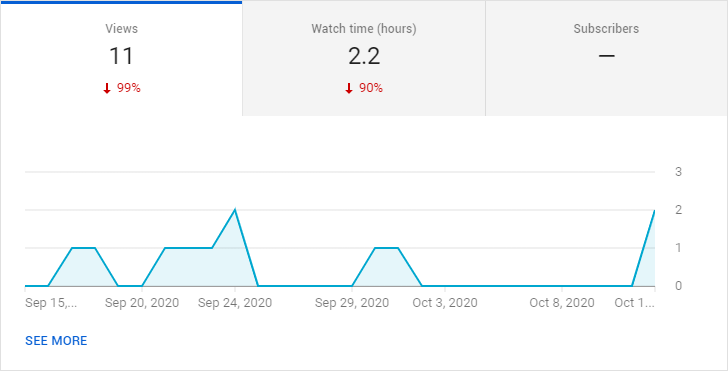 You might be wondering- if a YouTube video loses views will it perform poorly? Does YouTube promote a video less and rank it lower in the search results when it loses views? Or, will a video that has had views taken away perform the same as it did before any views were taken away?

A video will often perform poorly if it loses views. The reason for this is, when a video loses views, it also loses watch time minutes, and other metrics. YouTube promotes and ranks videos based on these metrics, so when the metrics disappear, YouTube has no data to use to determine whether or not a video should be promoted or not.

Losing a small number of views will not have a major impact. But, when a large number of views get taken away, the performance of a video often declines. Usually, this happens when fake views are removed. Views that come from repeat viewers, usually don't pile up very much. So, there isn't a massive drop in views, watch time, etc. when they are removed.

It is not uncommon for a video to lose views. YouTube removes fake and invalid views regularly, and most creators do not notice when they lose views. Content creators must position themselves not to lose views, as the sudden removal of views can affect the performance of a video negatively.