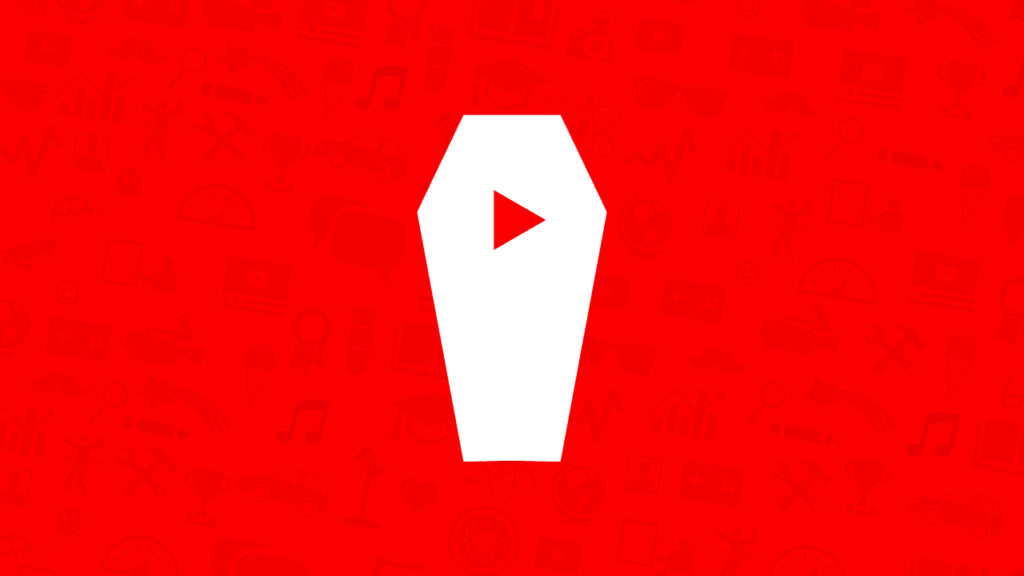 Have you ever asked yourself, "Is YouTube dying? "If so, this is an article you'll want to read.

YouTube has been the most popular video-sharing platform on the internet for over a decade now. While it has had to deal with issues, the platform has continued to grow at a steady pace. But will this growth continue in the future? Or, will the platform die?

Read on and learn if YouTube is dying or not.

YouTube is not dying out. In fact, the platform is growing larger and larger every year. New revenue milestones are reached at the end of each year, and hundreds of channels gain hundreds of thousands of new subscribers every month.

The difference now compared to the past is that viewers consume content from a wide variety of channels. This makes it harder to retain viewers. So, this can make it seem like fewer people are consuming content when in reality it's the opposite.

If you've ever asked yourself, "Is YouTube going to die?" then you're not alone. This is a question many content creators have at one point or another. After all, there's no point in putting thousands of hours of work into a platform that's going to die.

YouTube is not going to die (anytime soon, at least). The only way the platform will die is if it stops being profitable and a new platform becomes more popular. Odds are, this won't happen, as YouTube has the best infrastructure for user-generated video content.

Over the years, many platforms have tried to rival YouTube. Some gained an initial surge of interest, but slowly faded into obscurity. The reason for this is due to what was just mentioned above- YouTube has the best infrastructure.

Unfortunately, for a platform to rival YouTube, it would need to be supported by a massive corporation (which is less than ideal). Knowing this, it's easy to see how YouTube will retain its monopoly on user-generated video content in the future.

At this point, you might be wondering- when will YouTube die? Sure, it looks like the platform is gaining steam every year, but it can't stick around forever, right? So, when will it die and make way for a new platform?

YouTube will die when the platform becomes unprofitable and another platform takes its place. Odds are, this will never become a reality, as the platform has been growing consistently for many years now.

Investment into the platform has increased substantially over the past few years. Mainstream media companies and celebrities are publishing content to the platform consistently. This is legitimizing the platform even further.

You now know whether or not YouTube is dying. While many statements have been made over the years about the decline of the platform, it's still going strong. Odds are, it still has many years (or decades) of success on the horizon.