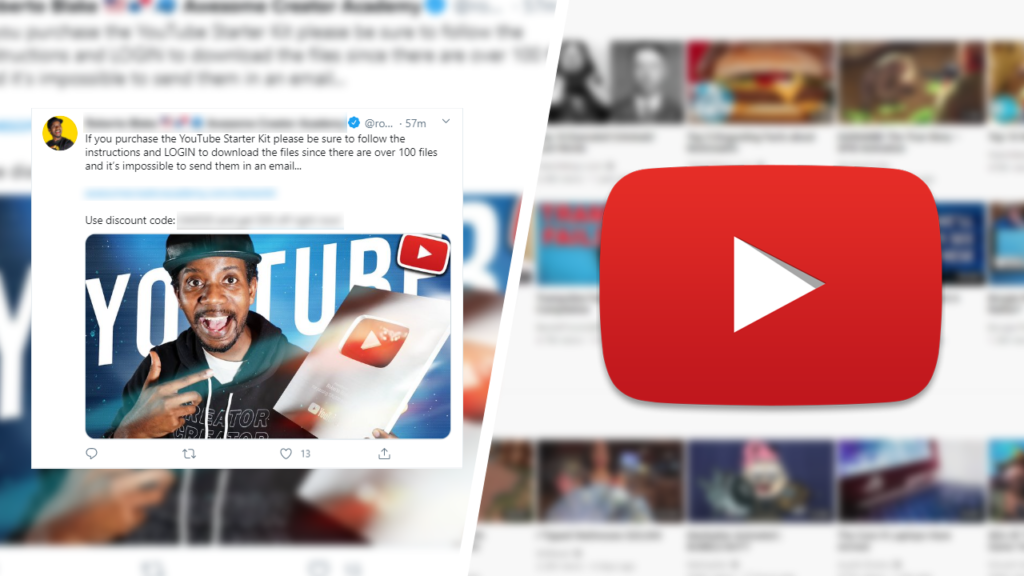 Tweeting a YouTube video with a thumbnail is a very easy process. All you need to do is craft your tweet that includes your video URL, and then attach the thumbnail image file to the tweet. This will make it so the thumbnail of the video is displayed on the Twitter feed for users to see alongside the tweet.

Many social media platforms are quite "loud" and Twitter is no exception. Users follow thousands of users, and their timelines are filled with new tweets every minute. Due to this, you must help your tweets stand out- especially when they are promoting your YouTube videos. Including the thumbnail of the promoted video in the tweet can help with this. 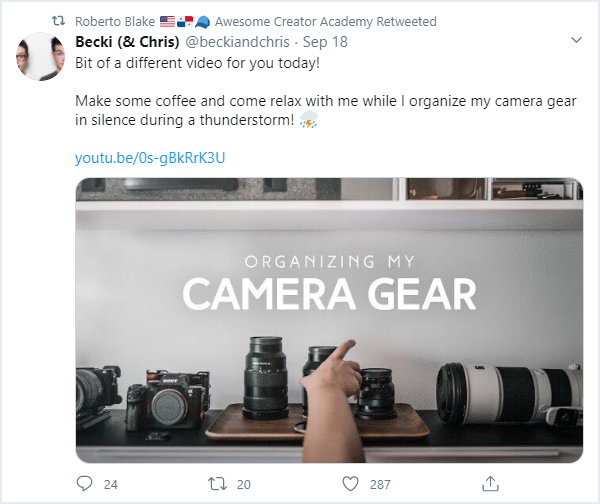 While many other social media platforms make it difficult to share posts, Twitter is not one of these platforms. It is very easy to compose a tweet on Twitter featuring the full-size thumbnail of a YouTube video. As I mentioned above, using a thumbnail in your tweet can help it stand out, leading to an increased chance of funneling traffic to your YouTube video.

To begin, you will need to gather the URL of the YouTube video you wish to share in your tweet. The easiest way to do this is to go to the watch page of the video, and then click the "SHARE" button. After clicking the "SHARE" button, a new window should pop up where you can copy the shortened version of your video URL.

Once you have gathered your YouTube video URL, you will need to head to Twitter and compose your tweet. Obviously, you'll want your tweet to encourage users to watch your video. To do this, provide some information about how your video will provide value to them.

Now that your tweet is composed and your video thumbnail image is attached to the tweet, it is ready to be published. Before publishing your tweet, however, double-check and make sure there are no spelling issues present and your video URL is correct. Once a tweet is published, it cannot be edited.

While the process of publishing tweets is quite simple, there are ways of writing tweets that result in better results. After all, the whole goal when tweeting links to your YouTube videos is for people to watch them. People will not watch your videos if they do not click on your video links in your tweets!

Let's dive deeper into each of these mistakes.

Not Including an Image

Tweets that include an image attract more attention and drive more engagement. Since Twitter is a very "busy" platform, it's in your best interest to attract as much attention to your tweets as possible. If you wish for people to see your promotional tweets for your videos, you must include an image (preferably a video thumbnail) in each tweet.

Forgetting to Include Video Links

One of the mistakes I see many people make when tweeting about their YouTube videos is forgetting to include links to the videos they're tweeting about. As you might imagine, this is not ideal. The objective should always be to make it as easy as possible for people to get from Twitter to YouTube to watch a video, and not including a video link does the opposite.

Tweeting at the Wrong Times

Different people use Twitter at different times. Some people use Twitter in the morning, and others use it in the evening. Whatever the case may be, it's in your best interest to figure out when your tweets get the most attention. This can be done by looking at your Twitter analytics and seeing what time of day your tweets get the most impressions.